Breaking Down the ‘Fundraising Journey’

Can you really tell if an LP is close to a commitment or just showing you some “LP love?”

Fundraising truly is an art.  Ask anyone who has gone through it…there are investors who come into the fund that you never expected and others that you were confident were going to commit, but in the end don’t.

This year we’ll highlight two different conversations between a GP and one of their key LPs. I’ll be engaging in a discussion with Carmichael Roberts (Material Impact) and Jessica Reed Saouaf (Hall Capital) will be with Kirsten Green (Forerunner) talking about the fundraising journey:  getting to know each other, going through the diligence process, getting to the finish line, and the story of our continuing LP/GP relationships.

As co-producers of the programming for RAISE, Joanna Drake of Core Venture Partners and I are excited to offer these insightful discussions.

I look forward to seeing you all in the Presidio on May 10th!

Hello – If we haven’t met yet at RAISE, my name is Joanna Drake from Core Ventures Group.

I want you to know that my co-producer Lisa Edgar from Top Tier Capital Partners and I are working behind the scenes to bring you an unparalleled line-up of veteran fund entrepreneurs, sought after LPs and in-market GP speakers at this year’s Third Annual RAISE Conference May 10th.

I am particularly excited to announce that we will close our day with a chat between two of the most respected and connected veterans in the industry, Josh Kopelman (First Round Capital) and David Hornik (August Capital). (My personal crusade since we founded RAISE three years ago!)

We are always looking for recommendations of new emerging funds to invite.
To nominate someone, click here.

Getting to “Yes” When Raising a Venture Fund 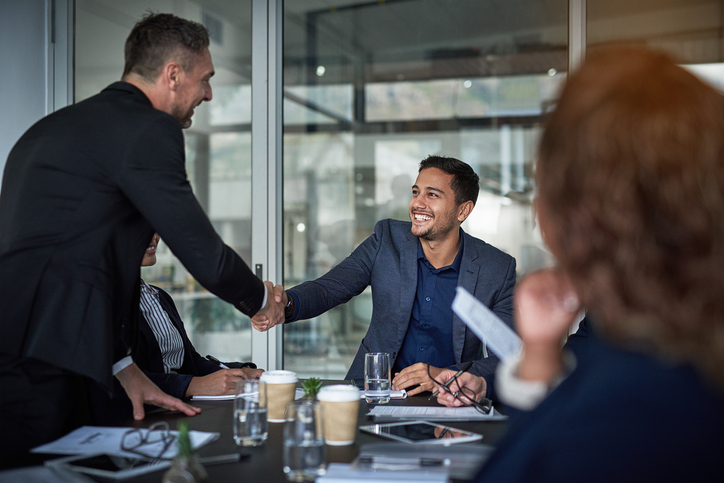 While getting the first meeting with an LP might be fairly easy – many LPs take up to a hundred meetings a year or more – most will only make a handful of investments. So how do you get from meeting to close?

At this year’s RAISE Conference, we heard that differentiation and track record are just the ante to get in the game. Here’s what else we heard will up your chances of getting to “yes.”

Many LPs at the conference noted that their #1 source of deals is other GPs and LPs. Coming in through a referral can make a big difference in building trust.

“GP referrals are a very high-quality source of leads for us,” said Brian Borton, Vice President of StepStone Group. “One of the first screens we look for in GPs we’re backing is: has our network already vetted this person?”

It also helps to start building these relationships early. Nicole Belytschko, Managing Director of CM Capital Advisors, notes that they often like to “follow a manager over a cycle” to get to know them better.

“We like to see how they invest, see how they handle opportunities and pitfalls,” said Belytschko. “This really informs our process and allows us to get to know the manager and their inner workings.”

2. Show your strategy in action.

The more you can show LPs what they can expect from you, the better – this helps to lower their risk.

“We’re in the business of predicting the future, and we’re going to enter into a ten, fifteen, twenty-year relationship with you,” said Borton. “We want to de-risk that as much as we can.”

For this reason, Borton and others recommend starting to make investments early and warehousing deals, to give LPs an indication of how the fund will do.

“I would highly encourage first-time emerging managers to start writing checks. Do a smaller first closing on your GP commitment, or from some friends and family, and just go on and do deals,” added Borton. “Then come to me and share what you’re doing. This kind of visibility is definitely an advantage.”

Belytschko also encourages new investors to “put points on the board” early to “show you can invest.”

“It doesn’t have to be realizations,” added Belytschko. “Show how you make decisions.”

And, if you haven’t done deals with your partner before, do a few deals together, noted Harpeth Fund Advisors Managing Director Angela Stanley.

“If you’re a first-time team that’s never invested together, it’s harder for us to get excited,” said Stanley.

3. Have a long-term vision and growth strategy.

Stanley urges GPs to “think of yourself as an institution before you’re fully institutionalized,” and sit down with your partners to put together a game plan for growth.

“It’s amazing how many GPs come to us and they haven’t planned a future path for the firm or their vision,” shared Stanley.

Investing in operations also shows you’re in it for the long haul. Borton shared that his firm is doing more operational due diligence now than in the past.

“I think it’s really important to build the infrastructure and organizational capabilities over time. It’s OK to outsource everything for the first single GP fund, but we want to see a trajectory towards institutionalization of that platform, see how you’re going to grow and scale it,” said Borton.

4. Make it easy to evaluate you.

LPs are busy – so the easier you can make it for them to review your materials, the better.

For example, a few LP panelists questioned whether password-protected data rooms and intralinks were always necessary. As one noted, “I can’t remember the password – just use DropBox!” Sending a simple PDF instead of using DocSend is also generally appreciated, so LPs can forward your documents internally, or save them and review them on the plane.

The same goes for the PPM. While not everyone agrees on the value of a PPM, and only about half of microcaps have them, those who opt for one may have an advantage, said Christopher Vogt, Director of Equity Strategies at Margaret A. Cargill Philanthropies.

“I like PPMs for two primary reasons,” said Vogt. “The first is efficiency. PPMs often have a lot of the core information we’re going to use in our investment memorandum. Having this information (auditor, law firm, other service providers) at your fingertips saves us time. We don’t have to call you to track these things down so it’s better use of your time as well. The second is that it shows LPs that you have thought about your strategy and process and are willing to memorialize what you do and why.”

5. Be realistic. Be truthful. Don’t oversell.

One thing LPs said would torpedo a meeting? Not being realistic about your prospects.

“It drives me nuts when a GP comes to us and says, ‘There are no competitors, we don’t compete against anyone.’ It’s unlikely that is true in this market,” added Stanley. “Get to know your peers, understand where you fit, and show how you’re differentiated.”

“One of my pet peeves are people who say, ‘I haven’t had any losses.’ This just isn’t realistic,” she added. “In fact, the best managers not only have losses, but they also have a part of the portfolio where they sell companies for 1 or 2 or 3x – where they’ve taken would be zeros and turned them around. Don’t lose sight of the middle stuff.”

“If you have a write off in your history, just raise it. If I have to figure it out on my own, you probably won’t get a second meeting from me,” said Margo Doyle, Chief Investment Officer at S-Cubed Capital. “We all have mistakes. Failures are actually part of what make us better.”